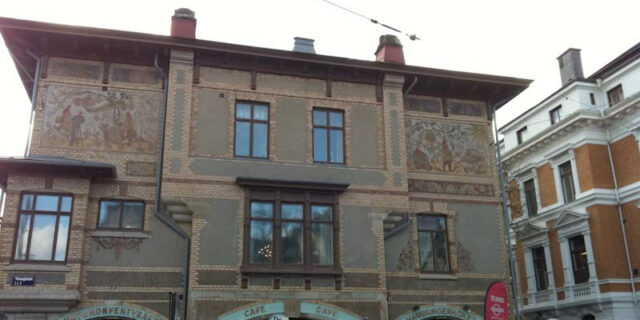 Posted by Birgitta Ekesand on Sep 15, 2010 in Featured, Portfolio | 0 comment

1866 – 1914 there was an intensive building in the “Stone City” which stretched from Heden to Haga and over two hundred lime trees were planted along the Vasa Street. The blocks of flats were built for the bourgeoisie and had splendid facades facing the street with  simpler ones towards the courtyard. The buildings were also inspired by the stone buildings in Berlin as the constructers were German. Today’s “Stone City” in Gothenburg is a unique memorial to the constructions done at the time as similar buildings in Berlin were bombed during World War II. Vasaplatsen became the main open place in Vasastan with a fountain and an obelisk erected in memory of editor of a Gothenburg Trade and Maritime Newspaper. In Vasastan we find unique buildings, one of them housed in the late 1800s, Valands Drawing and Painting School and the very different
house “Tomtehuset” with all the brownies on the facade. View our images from Vasastaden.